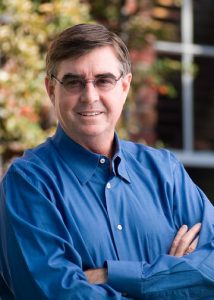 As part of a family that developed an innovative suburban neighborhood during the 1960s, Richard Skinner was exposed to creative architectural ventures at an early age. After graduating from Emory University, he set out to develop an understanding of building. He began work as a carpenter, which led to an interest in construction and jobs as a field administrator and project manager. Looking for a way to bring creativity to his passion, he decided to study architecture and enrolled in the Boston Architectural College.

While pursuing his professional degree, Richard worked as a senior researcher for “This Old House,” an opportunity that would lead him to assisting Bob Vila in the renovation of buildings in Boston’s historic Back Bay. His tenure in Boston also led him to work with Dewing and Schmid, an architectural firm specializing in New England design. As Richard became immersed in the area’s vibrant culture and history, he also became increasingly fascinated by the role that architectural design played in creating the region’s aesthetic.

In 1990, Richard returned to Jacksonville to start his own firm of Florida architects. Built around his personal philosophy, Richard Skinner & Associates is focused on relationships, quality and a continued pursuit of excellence. He explains, “It is important that a building live well, belong to its surroundings and endure the test of time.”

Richard considers every detail of a project to ensure that what is inside the walls has the same level of quality as what is outside. He believes a good design can improve function, reduce energy consumption and generate healthy living environments. A good architect has the ability to effectively achieve an artistic interpretation of the client’s vision, and to create a home, building, or setting that is unique and personal.

Over 25 years later, Richard Skinner & Associates continues to enhance its favorable reputation among clients and contemporaries for designing classic buildings that express a timeless quality, employ innovative products and techniques, and enrich our living environment.

“We knew it would be a challenge to design and build a Brazilian beach house set in a traditional neighborhood in Atlantic Beach.  Richard Skinner and the Project Manager had the intelligence and sensitivity to listen to us, the resources to assemble and present the range of possibilities, and the creativity and efficiency to produce an incredible design.  They also performed an outstanding service as our representatives in construction management.  The result is an award-winning, state-of-the-art home that never ceases to impress us with its quality and craftsmanship – and that, most importantly, always feels like our home.”